The third consortium meeting of the CHPM2030 project: all partners working together towards the same goal 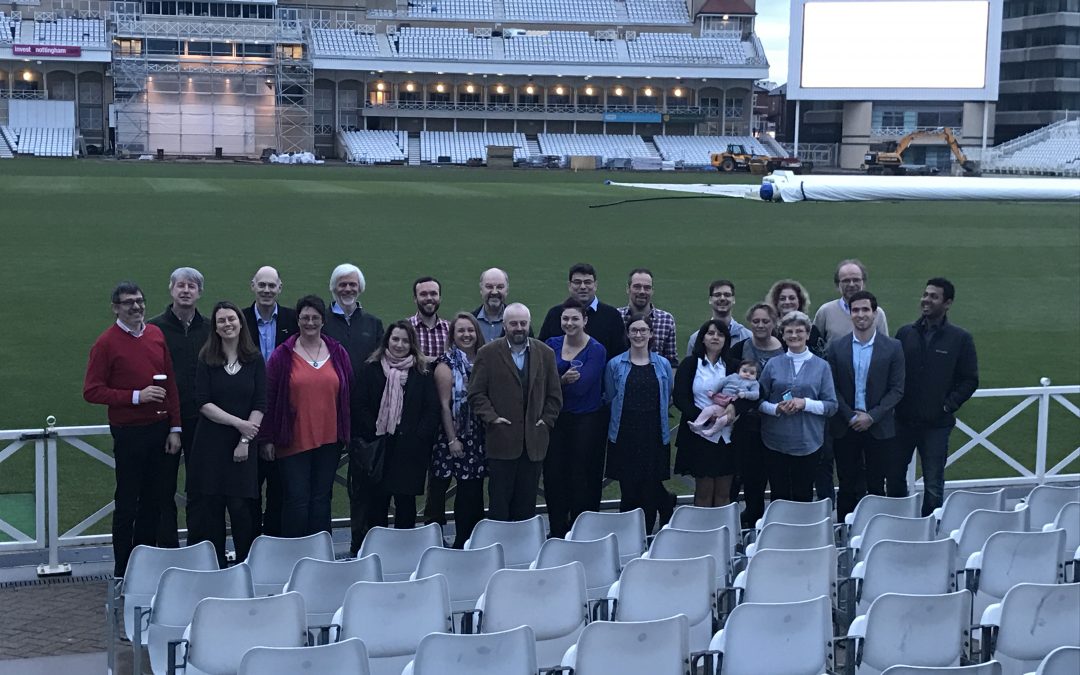 The third CHPM2030 consortium meeting was held in Keyworth, Nottingham, on 28-29 March. During the two days, representatives of the project partners from different European countries discussed the latest updates on their work. They also planned the future steps that ought to be taken to guarantee the development of the project that aims at converting ultra-deep metallic mineral formations into an orebody-Enhanced Geothermal Systems (EGS) in order to satisfy European needs for energy and strategic metals in a single interlinked process.

The first day started with the introduction of the British Geological Survey by Jon Busby, Team Leader Renewables and Energy Security, the partner that kindly hosted this meeting. Tamás Madarász from University of Miskolc then officially opened the discussions with an overview of the administrative issues all partners needed to agree on. He then proceeded to define the main focus of this meeting, considering the priorities of the project in 2017: Work Package 2 and 3. Before addressing those important subjects, Éva Hartai from University of Miskolc presented the work done within Work Package 1 – Methodology Framework Definition that aims to examine the geological, tectonic, geochemical, and petrophysical factors that define the boundary conditions of the CHPM technology. Aranka Földessy then presented the future actions that need to be taken related to the periodic report. The discussion then moved on to Work Package 2 – Laboratory Experiments and Orebody Investigations, the work that aims to develop the tools and methods for orebody EGS reservoir management and test and validate the methods using simulations and laboratory experiments. Partners participating in this WP presented their work, including János Szanyi from University of Szeged, Chris Rochelle from the British Geological Survey, Xochitl Domingez from VITO and Tamás Madarász from University of Miskolc. After questions and comments on the presented work, the discussions moved on to Work Package 3 – Metal Recovery and Electrochemical Power Generation that aims at finding the most effective and environmental-friendly way of removing the dissolved metal content of the geothermal fluid. Samy Palaniappan from KULeuven and Joost Helsen from VITO presented their work before concluding the first day.

On day two, discussions about Work Package 3 continued, based on a presentation from Xochitl Dominguez. Before moving on to the other work packages, all partners took the time to discuss how Work Package 2 and 3 should coincide and serve each other. Vigíds Hardardóttir from ISOR Iceland Geosurvey then presented how they would proceed with Work Package 4 – Systems Integration that starts in April 2018 and aims to integrate downstream and upstream processes into a single system and develop optimisation strategies for energy and metals production. Moving on to further work packages, Máté Osvald from University of Szeged sketched the planned work within Work Package 5 – Integrated Sustainability Assessment that aims at assessing the environmental and socio-economical impact of the project. Tamas Miklovicz from La Palma Research Centre then spoke about Work Package 6 – Roadmapping and Preparation for Pilots that aims at setting the ground for subsequent pilot implementation, mapping converging technology areas and developing a research roadmap. Lisa Delmoitiez from the European Federation of Geologists then reported the work completed and further plans within Work Package 7 – Dissemination and stakeholder involvement and discussed the current efforts made online and offline to spread the word about the project. Finally, Tamás Madarász spoke about Work Package 8 – Project Management and laid out the future important steps of the project.

In summary, the consortium meeting was very fruitful. The partners actively exchanged ideas on the presentations and agreed on the overall strategy moving forward with the CHPM2030 project. As early as it is in the process, a lot of efforts and work have already been done, the prospects are very positive and, more than ever, the project is on track and promising!

Now, before the next meeting in Brussels in September, back to work!