EuroWorkshop in Santorini: Geothermal – the Energy of the Future 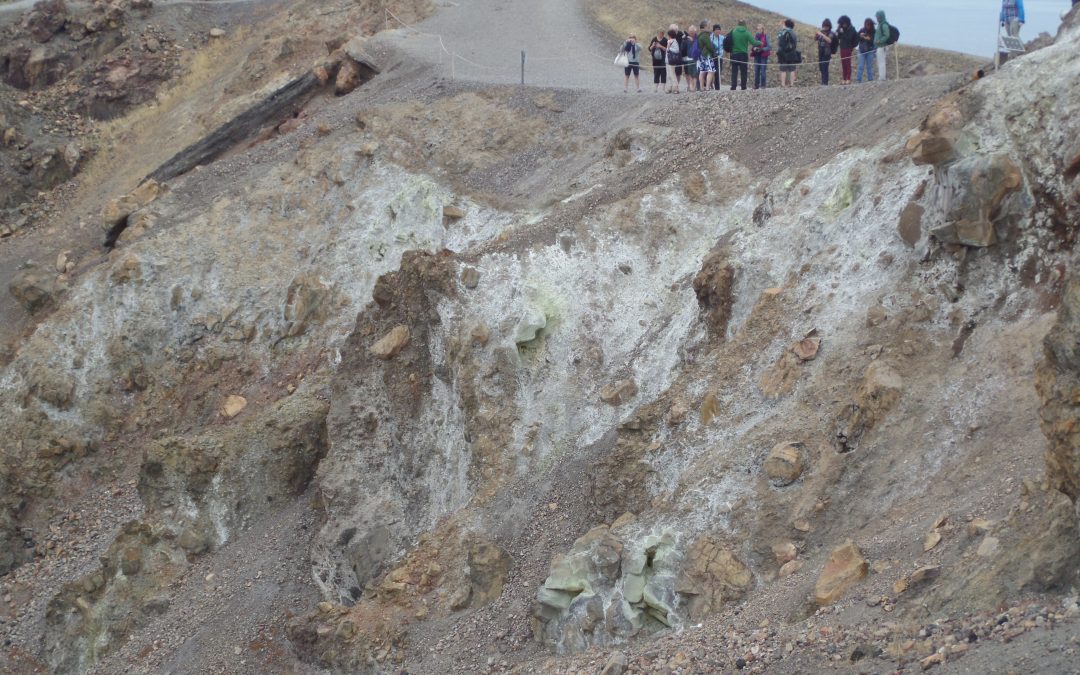 Between 17-19 May, 2017, a EuroWorkshop on geothermal energy was organised by the European Federation of Geologists (EFG) and the Association of Greek Geologists (AGG) in Santorini, Greece. The CHPM2030 project was represented by four speakers.

During three days, dozens of geoscientists and geo-professionals coming from all over Europe, Canada and the US, representing a wide range of professional fields gathered together and enthusiastically discussed the energy potential of our Planet while exploring the beautiful island of Santorini.

On the 17 May, the attendees were first offered the opportunity to take part in an optional field trip that aimed at educating them on the geological importance of the ancient settlement of Akrotiri, as well as introducing them to the exposed geological section to the coastal zone of Red Beach.

On 18 May, an entire day of presentations and debates covering several topics of geothermal energy such as metal recovery, fluid-rock interactions, conversion of metallic mineral formations into orebody enhanced geothermal systems, power generation from geothermal brines, thanks to the participation of highly qualified speakers. Making the best of the location of Santorini, the participants also discussed the geothermal potential of the Greek island and had the opportunity to further interact through a very active panel session. During the poster session, the attendees discovered some promising projects from across the globe, from Nicaragua to Ireland, Germany, Portugal, Romania and Greece.

On 19 May, the attendees had the opportunity to further explore the location by taking part in a field trip to the Caldera of Santorini, first with a visit of the volcano craters and the successive layers from the eruption events at Nea Kameni, followed by an exploration of a geothermal borehole at Palea Kameni island.