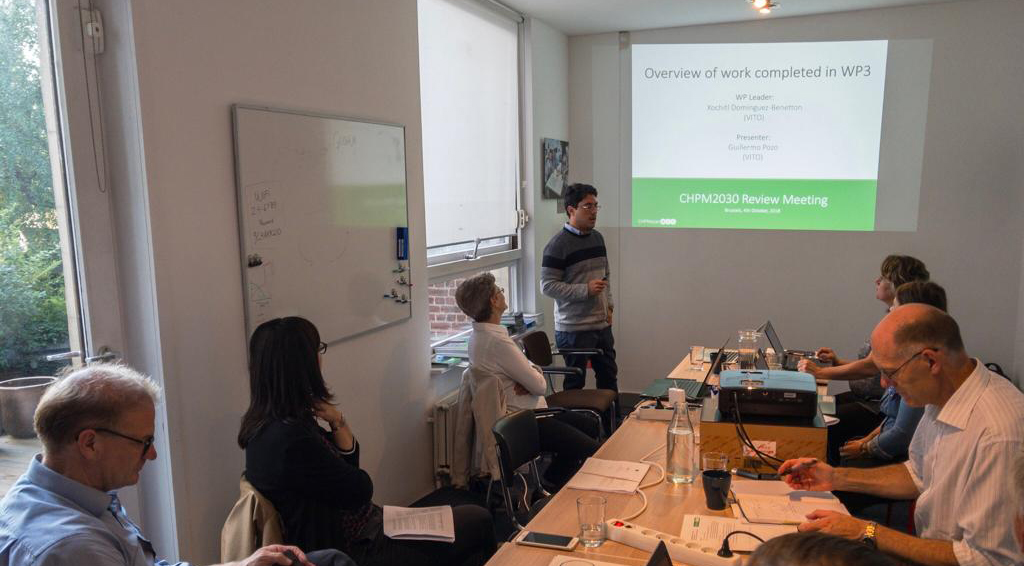 The 4th of October 2018 was the chosen day for the 2nd review meeting of the CHPM2030 project, kindly hosted by La Palma Research Centre (LPRC) and the European Federation of Geologists (EFG) at GeoHub in Brussels. The objective of the meeting was to present to the European Commission’s Project Officer who is supervising the Horizon2020 funded project the outcomes of the project so far and the ongoing tasks.

The meeting started with Project Coordinator Éva Hartai’s welcoming address. Once the CHPM partners were introduced, the project results within the reporting period were presented by the work package leaders. First, they gave a brief overview of each work package including its objectives  and duration. Later, they explained the completed, ongoing and future tasks and the status of the deliverables. After these presentations, the European Commission’s Project Officer asked some questions and evaluated the work carried out. 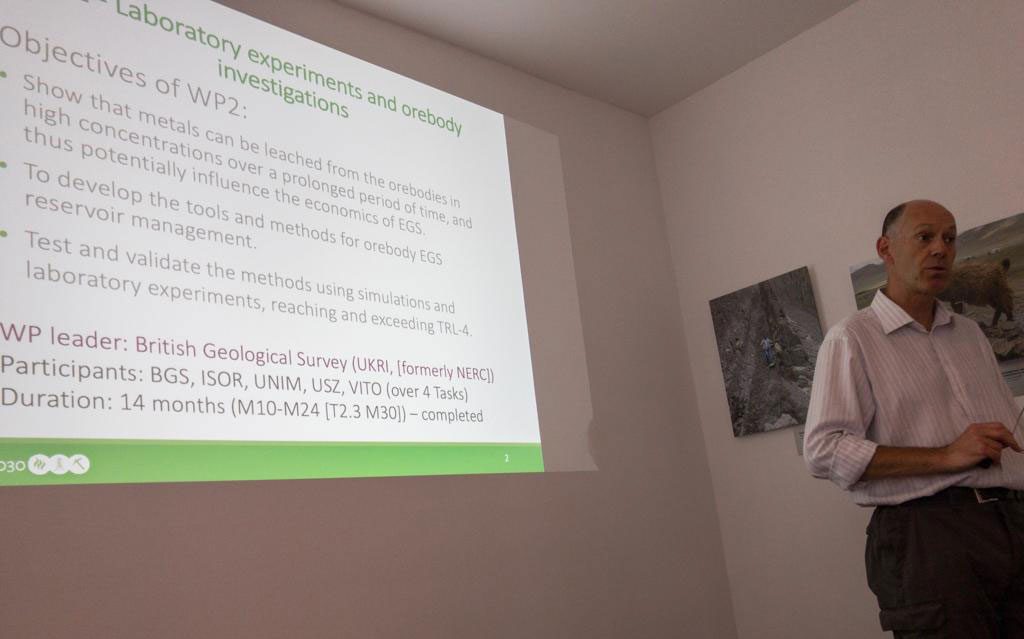 Partners also discussed the organisation of the final conference of the project that is going to be held on 16th May 2019 in Delft, The Netherlands.

The feedback from the EU Project Officer was very positive. She was very happy with the way the work is being organised and how the project partners are exploring the risks for the novel technology the project is developing.