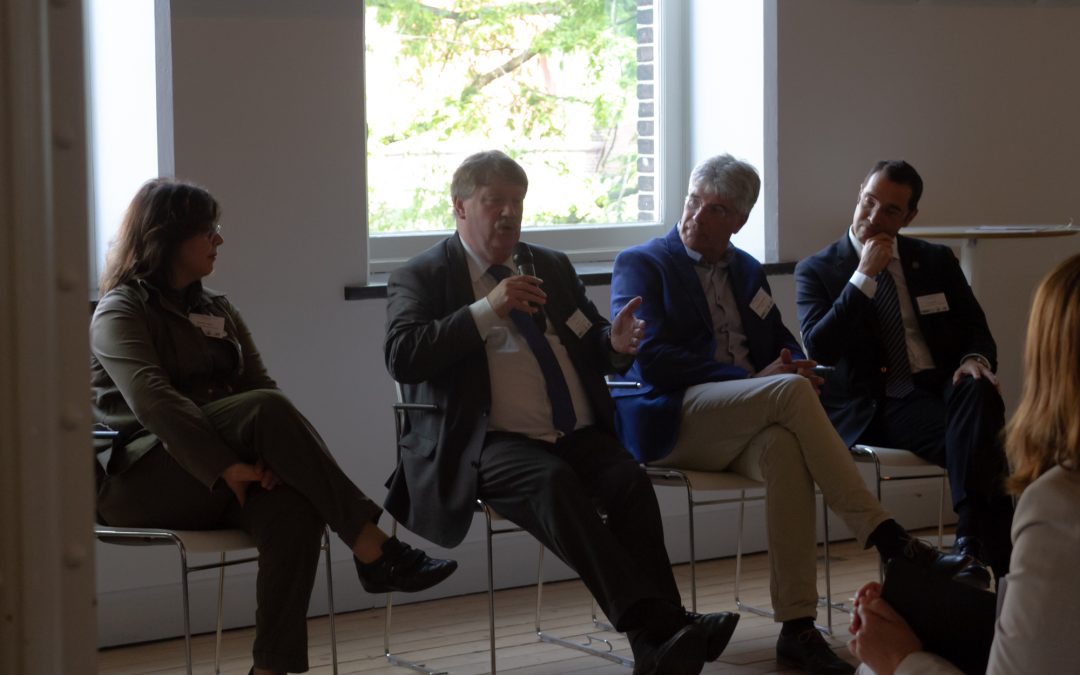 The EU-funded CHPM2030 project has organised its final conference in the framework of the EuroWorkshop “Geology and the energy transition” on 23 May 2019 at the Science Centre of Delft University of Technology (the Netherlands). Co-organised with the Royal Geological and Mining Society of the Netherlands (KNGMG) and the European Federation of Geologists (EFG) The aim of this event, which gathered 100 participants from 24 countries, was to provide insights into the energy transition and how it affects geosciences.

The conference’s first session aimed at setting the context by providing an overview of the policies adopted to encourage the energy transition. KNGMG President Lucia van Geuns opened the EuroWorkshop with an overview about nowadays global energy context stressing that no ‘one size fits it all’ approach to the energy transition exists. Mrs. van Geuns particularly highlighted the opportunities arising from system integration technologies where geoscientists play a major role, ranging from the production and storage of green hydrogen in existing platforms and its transport through existing pipelines, to the CO2 transport and storage in existing fields.

In his keynote speech, EFG President Vitor Correia highlighted two factors that may accelerate the energy transition: on the one hand, research and industry are exploring intensively how to produce cheaper and more efficient power storage technologies. Putting forward the example of Greta Thunberg and the global climate strike movement she initiated in 2018, he outlined, on the other hand, the power of changes in consumer behaviour, referring thus particularly to the 12th Sustainable Development Goal on responsible production and consumption. Finally, Vitor Correia also underlined EFG’s availability, as a supplier of reliable and trustworthy information, to support policymakers with the geological expertise needed to bring forward the energy transition.

Ruud Cino, who is responsible for oil, gas and other mining sectors at the Dutch Ministry of Economic Affairs & Climate Change, focused in his speech on the role of the subsurface in the energy transition and the social challenges arising from this. He outlined three key measures to reduce greenhouse gas emissions and emphasize the role of geosciences: (1) energy savings and efficiency which can be achieved by managing heat and cold demand through subsurface storage; (2) CO2 capture and storage which allow, in the short term, to use offshore gas fields with an ample storage capacity; and (3) CO2-free energy sources and technologies such as wind, solar, biomass or geothermal which require the exploration and exploitation of mineral raw materials for their deployment. Mr. Cino also underlined the critical importance of raw materials supply for the large-scale development of energy storage technologies, which will increase the overall flexibility in the supply of energy services. He finally highlighted the need of policymakers to receive support from geoscientists, to inform the public about both the opportunities and risks arising from the changing environment.

The morning session was concluded by Eilard Hoogerdujn Strating who outlined Shell’s position on the energy transition and the changing role for geoscientists, and Adele Manzella, who presented the strategic vision of the European Technology and Innovation Platform on Deep Geothermal (ETIP-DG) which aims at accelerating the deployment of innovative low-carbon geothermal technologies.

During the high-level panel discussion which followed these talks, the constant dialogue of geoscientists, policymakers and society was highlighted as a key aspect for a smooth energy transition, with a focus on explaining the opportunities arising from the transition and the importance of the subsoil at all its stages. 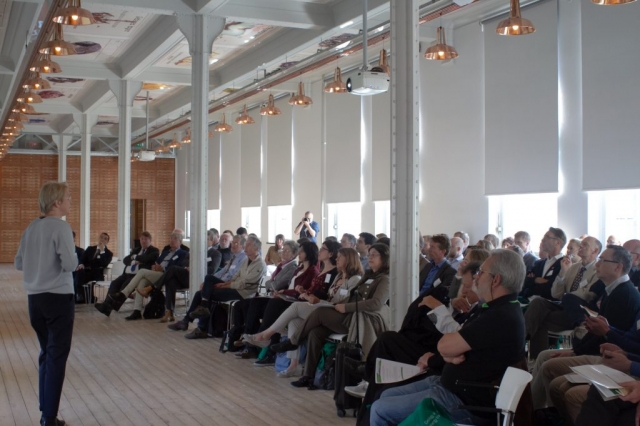 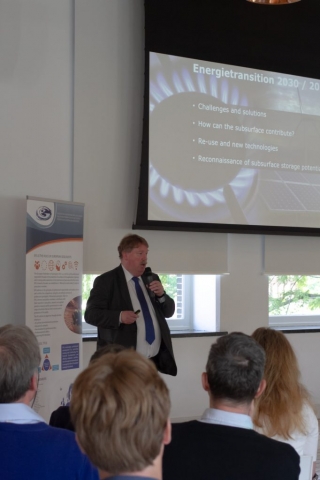 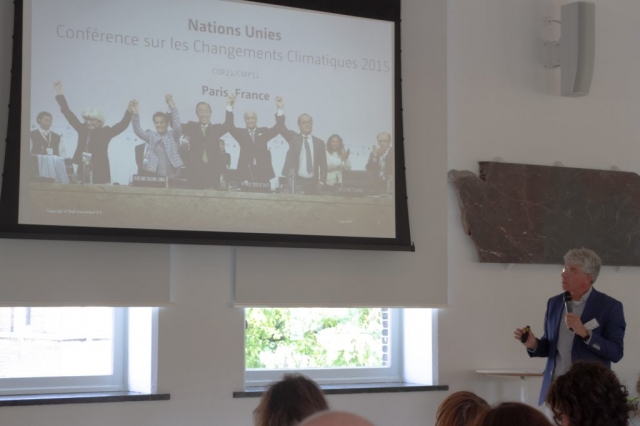 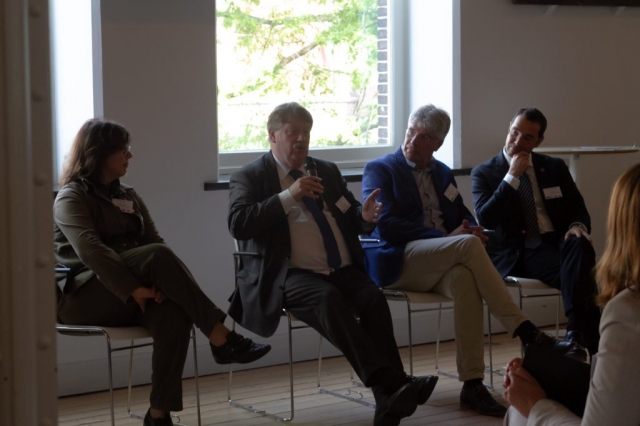 In the afternoon, two parallel sessions were held to present concrete examples of projects where geosciences play a key role in the implementation of the energy transition. The first session was dedicated to the CHPM2030 project. As stated in previous presentations, the European economy is heavily dependent upon energy and mineral supply for industry and society. Lowering the costs and the environmental impact of energy production and decreasing the dependence on imported strategic raw materials are therefore key challenges. CHPM2030 is an ambitious research project funded by the European Union under the Horizon 2020 programme for Research and Innovation that has been set up to help address these challenges. CHPM2030 is indeed developing a novel technology that will combine geothermal energy production with metals extraction from the geothermal fluid in a single interlinked process, the Combined Heat Power and Metals (CHPM) technology. During this dedicated session, the project team introduced preliminary outcomes of the project which will end in June 2019 and aims at creating a proof of concept for the CHPM technology at a laboratory scale. Following a general introduction by the coordinating team from the University of Miskolc (Éva Hartai and Tamás Madarász), the work package leaders provided a more technical overview about the work carried out since the project started in 2016. This ranged from tests regarding metal content mobilisation from deep ore bodies (Chris Rochelle, British Geological Survey), to metal recovery from geothermal fluids (Xochitl Dominguez, VITO), salt gradient power generation by reverse electrodialysis (Joost Helsen, VITO), and aspects of system integration and the conceptual framework for the CHPM plant (Árni Ragnarsson, Iceland GeoSurvey). In addition, the project team also analysed the technology’s economic feasibility as well as environmental aspects (Wojtech Wertich, MinPol). To conclude the session, Tamás Miklovicz from La Palma Research Centre (LPRC) presented the preliminary roadmap for the further development of CHPM. Roadmapping involved tools like Horizon Scanning, Delphi surveys, and study area reports which led to the preparation for pilots’ stage during which four potential test sites in the UK, Portugal, Romania and Sweden were identified. This has been completed by the compilation of a European database of potential sites identified by the European Federation of Geologists’ national associations which collaborate as Linked Third Parties in the project. The roadmap foresees the development of at least one full pilot by 2030 and full-scale development of the technology by 2050. To stick to this schedule, it is now crucial to get industrial partners and investors on board. 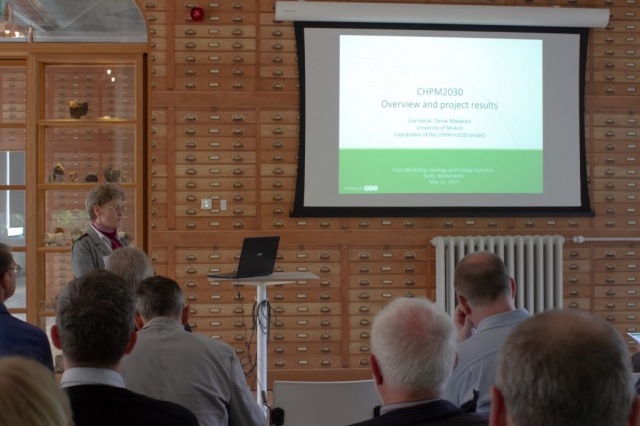 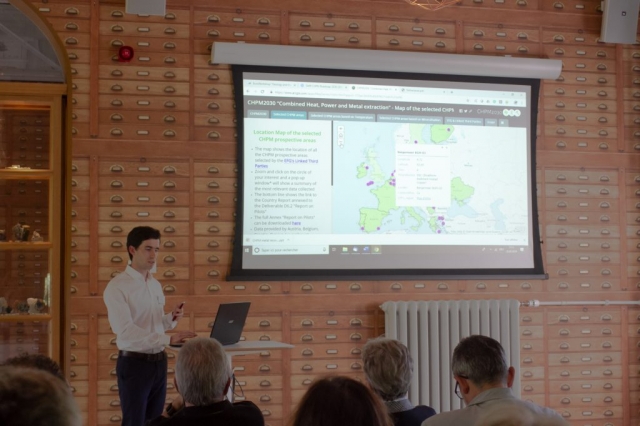 The second afternoon session presented a wide array of examples illustrating that technology is improving rapidly, turning for instance formerly non-promising technologies such as Carbon Capture and Storage into short-term options. The innovative technologies presented included the combination of CO2 storage with geothermal power generation and subsurface energy storage (Martin Saar, ETH Zürich), the GEOCOND project which works on advanced materials and processes to improve performance and cost-efficiency of shallow geothermal systems and UTES (Jose Manuel Cuevas Castell, Technical University of Valencia), and subsurface energy storage and buffering via ATES and shallow geothermal plants (David Klemetz, WSP Sweden). Furthermore, the importance of geotechnical expertise for the deployment of new infrastructures such as offshore foundations (Kenneth Gavin, TU Delft) or solar installations (Ramón Perez, Tecsolgeo) was highlighted. Finally, the key role of mineral raw materials in the energy transition and the importance of data harmonisation were reminded on the basis of the EU-funded ORAMA project (Perttu Mikkola, Geological Survey of Finland). From the wrap-up of the afternoon sessions, it became clear that geoscientists play a key role in all these fields and their knowledge and expertise are central for the energy transition.