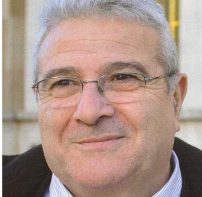 Europe has committed to significant reductions in Green House Gas emissions, which will necessitate substantial increases in ‘clean’ energy technologies. How can geothermal energy, with its high up-front costs like drilling most effectively compete with other renewables like the rapidly expanding wind and solar power sources?

The geothermal electricity generation is small (14000 MW of installed power) and will remain small in the near future due to the level of temperature which is necessary to produce electricity at a competitive price. In advanced countries the Combined Heat Power installations (Germany, France) using Organic Rankine Cycle (ORC) are the future for a limited number of power installations under 10 MW.

On the contrary, the heat and cold production plus energy storage in the underground appears to be the main deployment vector. The worldwide installed thermal power in direct uses installations or using heat pump is increasing at a good rate and could normally be installed everywhere in the world. The tremendous advantage of this technology is the low cost of drilling (50 to 400m) and the breakthrough in heat pump performance at 6 – 7 compared to 3, 20 years ago.

Linked to the above, what do you consider are the key barriers to geothermal development in Europe (or worldwide)?

For heat and cold generation the main barrier is the low cost of fossil fuel and particularly gas price. Without a sufficient price for CO2 emissions (my evaluation is around 80€) this renewable energy will continue to grow at a slow pace.

For deep drilling the cost of electricity also remains a problem, but the main limitation is the geological-hydrogeological risk while investing in deep wells to miss the adequate ratio temperature/flowrate.

The aim of the CHPM2030 project is to combine the extraction of energy and of metals. Therefore, in the CHPM technology an Enhanced Geothermal System will be established on a deep metal-bearing geological formation. Could you explain in simple words what is an Enhanced Geothermal System (EGS)? How you would define the added value of the CHPM technology?

EGS technology is based on the steam-water production at temperatures above 110 °C, using natural permeability in the underground and ORC at the surface. Stimulation using fracking is forbidden to avoid seismic activity. 100% of the water produced at the surface needs to be injected in the same reservoir in order to maintain the exploitation on the long term. In that perspective, the production of elements (metals or metalloids or salts…) coming from the water and extracted at the surface will need the treatment of high quantities of water.

A normal ORC producing  250 m3/h of water at 170-180°C correspond to about 3-4 MW of power installed and the injection temperature at 90-100°C if no heat production in cascade. The better way should be to treat the water on real time which represent a big constraint, nevertheless a long stay of the fluid at the surface should be a strong barriers because high storage volumes to be constructed.

The added value of the element extracted would be the sale of the production as it is valorised taking of heat. In that case the production of the plant could be in the best case:  MWh of electricity sold+ merchant value of extracted elements+ MWh of heat sold.

In Soultz-sous-Forêts, France, the first EGS pilot plant ever has been connected to the grid in 2008. In June 2017, the new plant has been launched after 30 years of scientific research. It has the capacity to produce 12000 MWh of electricity per year what corresponds to the consumption of 2400 households. How do you evaluate the future development of EGS in Europe? Is the Soultz-sous-Forêts site compatible with the CHPM technology?

The first concept developed in Soultz sous Forêts was Hot Dry Rocks (HDR) which is an abandoned concept for the French geothermal community. The new development of EGS in EU, the pioneering zone, is now coming quickly (see Geothermal Market report of EGEC).

CHPM will use hydro-shearing technologies. Why is this different from ‘fracking’? Is it more environmentally friendly?

Just a problem of volume and pressure of injection to stimulate. Now the adapted technology is to stay below 100 bars in most cases and follow accurately the seismicity with adapted network established near the wells. A full micro seismic campaign before drilling is needed.

The CHPM technology will use a closed loop system. What does this mean?