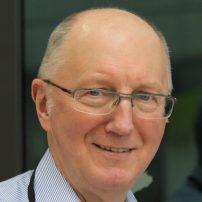 Europe has committed to significant reductions in Green House Gas emissions, which will necessitate substantial increases in ‘clean’ energy technologies. How can geothermal energy, with its high up-front costs like drilling most effectively compete with other renewables like the rapidly expanding wind and solar power sources.

Geothermal energy is a stable endogenous energy resource compared to the exogenous energy originating from solar and wind power in the Central European regions. The latter need re-dispatch systems such as coal and nuclear power plants to guarantee a constant quantity and quality (e.g. frequency) of power delivered to the households and the industry.  The endogenous resource is endless. Deep geothermal resources (drilling > 400 m) are commercially feasible in regions with geothermal anomalies only, shallow geothermal energy can be used on a larger scale, but it has to be carefully monitored to avoid on one side overregulation and on the other its spiralling out of control.

Linked to the above, what do you consider are the key barriers to geothermal development in Europe (or worldwide)?

As any type of endogenous resource, the parameters applied to the exploration and exploitation of mineral deposits have consequently also to be applied to these deposits.  Therefore, the economic benefits are strongly controlled by the geological and geodynamic settings.

The aim of the CHPM2030 project is to combine the extraction of energy and of metals. Therefore, in the CHPM technology an Enhanced Geothermal System will be established on a deep metal-bearing geological formation. Could you explain in simple words what is an Enhanced Geothermal System (EGS)? How you would define the added value of the CHPM technology?

Combined extraction of energy and metals is restricted to recent and subrecent shallow heat systems (epithermal) systems in rift zones and modern fold belts which are abundant in Au, Ag, Cu, Pb, Zn, Sb, Hg, and As.

In which parts of Europe can the CHPM technology be applied?

The answer to this question is frankly a summary of the afore-mentioned answers supplemented with some regional examples. They may be looked for on the Apennine Peninsula, or in general in the inner parts of the Alpine-Carpathian fold belt. In the external parts, the Rhone-Rhine-Graben Rift System extending from the Mediterranean Sea to its northernmost outlets in the Oslo Graben and some of its parasite fault systems are considered also as target areas. The Eger-Ohře Rift along the Czech-German border underscoring the boundary between the Saxothuringian and the Moldanubian geodynamic units is another region in Central Europe to harvest both of these commodities. There are also isolated mantle plumes like the North German complexes at Uchte, Bramsche and Vlotho, where high heat flow exists coupled with metallogenic sites which in terms of common practice in exploitation are subeconomic today but potentially feasible (?).

In Germany, feed-in tariffs encourage the production of geothermal energy. Did this already have an impact on the geothermal energy market and does it create good conditions for the development of the CHPM technology?

The German energy market in combination with CHPM can hardly be cited as a role model because the entire system is emotionally driven rather than rationally. We want both “clean energy” and “clean mineral raw materials”.  Exploitation and beneficiation of, e.g., Cu, Zn, Pb, Fe…is done far off our “political allotment gardens” so that we need not take care of the mining dumps and tailing ponds created as a form of collateral damage in foreign countries. It is not our cup of tea, because we pay for the imported raw materials only. On the other hand all our systems hailed to providing so-called clean energy subsist on substantial public funding and only are viable by means of green technologies based on elements like Li, Ge, In, REE etc. which we do not have within our bounds and whose ore grade forces us to end up in large-tonnage-low-grade deposits leaving behind mining dumps and tailing ponds much bigger and “more delicate” as to their ingredients than those of the classical commodities (Cu, Fe) referred to above.

CHPM will use hydro-shearing technologies. Why is this different from ‘fracking’? Is it more environmentally friendly?

Hydro-fracturing and hydro-shearing are two different reservoir stimulation techniques. Both techniques are aimed at improving the permeability in order to increase the fluid flow rates in a reservoir and turn it into an economically productive reservoir. They are strongly on the natural fracture and the stress-strain regime. I know both methods but neither my background which is too far off rock mechanics and reservoir engineering nor the existing literature which is widespread on fracking and rather “meager” on the “second string to the bow” of energy supply allow me more than giving an overview of the literature.

The CHPM technology will use a closed loop system. What does this mean?

Closed-loop geothermal heat systems circulate solutions within a closed loop of tubing, whereas open-loop systems make use of surface water. The water is circulated through the ground by means of wells. The latter needs to be more closely monitored as to the correct handling of the safety regulations than the technique mentioned first.